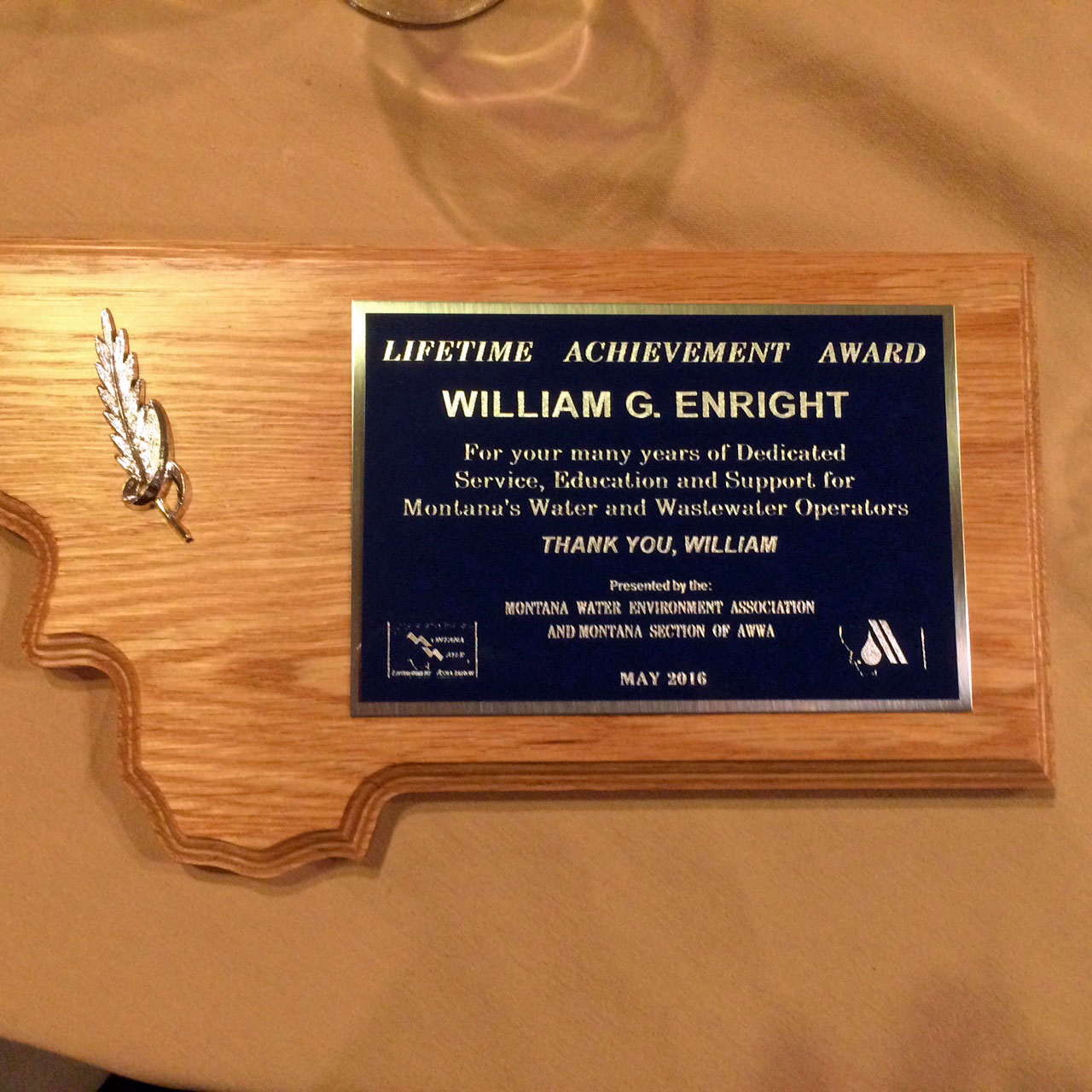 William “Bill” Enright was presented with a Lifetime Achievement Award from Montana Water Environment Association and the Montana Section of the American Water Works Association. The award was presented to Bill during the AWWA conference on April 27, 2016 in Bozeman.

Additionally, Bill was selected by the American Public Works Association Rocky Mountain Chapter as the Public Works Leader of the Year. This honor was bestowed upon him at the Awards Banquet in Cheyenne, Wyoming, on April 20, 2016.

Bill has been active in the engineering field since 1966, holding professional engineering licenses in Montana and Wyoming. His commitment to excellence as well as his drive to continue to learn has made Bill a leader in water and wastewater engineering.